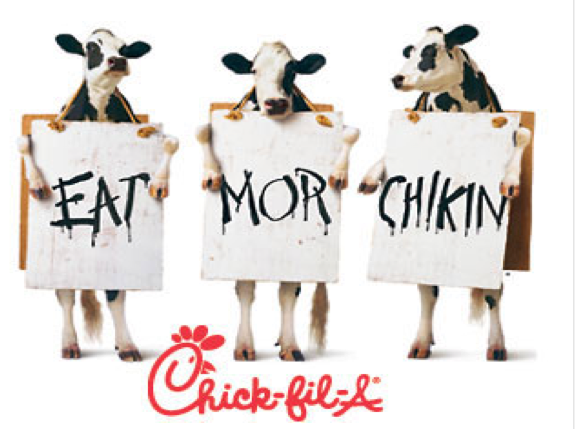 Chick-fil-A and the History of Queer Boycotts

Recent furor over Chick-fil-A president Dan Cathy’s funding of organizations explicitly opposed to same-sex marriage has made consumers across the political and social spectrum evaluate how their spending habits are in fact political decisions.

Opponents of marriage equality and some free market supporters have asked what gay men and lesbians hope to achieve by calling for boycotts against Chick-fil-A. Many see economic action against Cathy and Chick-fil-A as anti-Capitalist, even un-American, arguing incorrectly that it violates his freedom of speech. The history of queer economic activism, however, demonstrates just what is at stake, and what boycotting can achieve.

Even before the modern homosexual rights movement gained momentum in the 1970s, gay men and lesbians recognized the relationship between economic forces and human rights. Already in 1963, in response to UK tabloid press sensationalism that vilified homosexuals, author Douglas Plummer called on gay men and lesbians to boycott publications that demonized them. “If homosexuals stopped buying those particular newspapers,” he foresaw, “some circulations would drop by many hundreds of thousands of copies.” Plummer recognized the economic clout that homosexuals might have, but before a larger coordinated community existed, his call for economic action went unanswered.

Following the 1969 Stonewall Rebellion, in which gay men and lesbians stood against police raids and harassment in New York, a greater community began to form. This wider community soon saw economic action as a strategic tool against state and legal oppression. Just five years after Stonewall the Los Angeles Police Department responded to the threat of a boycott against Hollywood businesses by revising its policies toward gay Angelenos.

And in 1977 the most famous gay boycott demonstrated the potential of economic action to oppose anti-gay sentiment and further build a cohesive community. In January, Dade County (Miami) passed an ordinance to prohibit discrimination in the areas of housing, employment and public accommodations on the basis of sexual orientation. In order to overturn it, Florida Citrus Commission spokeswoman, entertainer and former Miss Oklahoma Anita Bryant formed Save Our Children, which collected sufficient signatures to force the issue to a voter referendum. The stage was set for the first time for coordinated national action among a broad spectrum of gay men and lesbians.

Responding to Bryant’s anti-gay positions and her links to the Citrus Commission, calls for a boycott of Florida orange juice rang out across the nation. As today, gay leaders and ordinary citizens were mixed about the tactic of using a boycott to oppose personal beliefs and business interests. Some questioned the desirability of silencing Bryant or threatening her employment through economic action against her employer. Others worried about a boycott’s effects on economically vulnerable farm workers. In California, however, columnist Harvey Milk, who would become the first openly gay man elected to public office in the United States, called on the city, unions, and gay leaders to boycott Florida orange juice. He argued that buying orange juice amounted to “supporting a person who is preaching hatred towards every Gay person.” Milk, who continued to promote gay equality while he sat on the San Francisco Board of Supervisors, would be assassinated the following year.

According to Herndon Graddick, president of the Gay & Lesbian Alliance Against Defamation, Cathy and Chick-fil-A are responsible for some five million dollars in donations to “anti-gay” organizations like the American Family Association and the Family Research Council as well as support for organizations that promote therapies to “turn” homosexuals straight. Chick-fil-A’s support for “the biblical definition of the family unit” has now made this an issue not only for gay men and lesbians, but for a broader range of consumers. The debate is not restricted to those whom it most directly affects, but instead to anyone who might use their money to support Cathy’s business and his cause, or to deny them funds by boycotting Chick-fil-A and spending their money elsewhere.

Economic action against Chick-fil-A is unlikely to dissuade Cathy from supporting or funding groups dedicated to fighting marriage equality. But despite the media interest and apparent success of former Arkansas Governor and Fox News contributor Mike Huckabee’s August 1 “Chick-fil-A Appreciation Day,” history shows us that queer economic action and boycotts can in fact have broader successes beyond the immediate issue at hand. Economic action against Chick-fil-A implicates all consumers of fast food, asking them to make decisions with their dollars either to support marriage equality or to fund Cathy and anti-equality groups. The explosion of support across social media suggests increasing demand for marriage equality beyond just gay men and lesbians.

In the end, the boycott against Florida Orange Juice and the backlash against Anita Bryant failed to prevent the overturning of Dade County’s anti-discrimination ordinance. In the immediate context of Miami, the boycott seemed to have failed. But most local and national gay and lesbian organizations nonetheless highlighted the action’s success in creating a national movement devoted to gay and lesbian human rights that contributed to the mobilization of a national consciousness.

Twenty years after the Stonewall Rebellion, protesters on Fifth Avenue in New York rallied together around the cry “We’re Here, We’re Queer, and We’re Not Going Shopping.” By 1989 they recognized that their choices as consumers could be strategically employed to support some businesses or boycott others for their employment practices, marketing and advertising or promotion of social and political causes. In 2012, a US election year, consumer choices are even more political as they become mainstream news and affect policy statements among future candidates.

Like the Florida orange juice campaign, which solidified a national gay and lesbian political movement, non-violent economic action against Chick-fil-A is likely to have greater impact beyond protesting the specific policies of this fast food restaurant and its executives. It may in fact galvanize a broad coalition of gay men, lesbians but significantly also allies in support of marriage equality in the US. This concrete expansion of the movement for marriage equality beyond those whom it affects directly to include progressive men and women, religious leaders, and average folks everywhere may turn out to be the greatest strength of this economic action.

This blog was originally published at History Compass Exchanges on
28 August 2012.