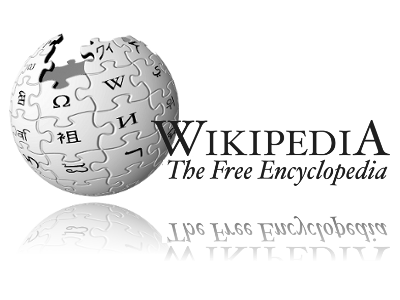 Is Wikipedia the Devil? Or the Devil we Know?

Students rely on Wikipedia. Professors can pretend that their threats of Fs on assignments matter, but in reality it offers little deterrent. Students can and do weave facts, information, opinions and interpretations that they find online into their papers. If the material seems reasonable, or general, or cited elsewhere, it might not even draw our attention, particularly when we have to grade 50 or 75 or 90 term papers on a weekend. What is the solution?

One answer, probably the most common, is to scold and threaten. We tell our students that Wikipedia is an inappropriate and unacceptable source for historical research and writing. We threaten them with Fs and rewrites. Another answer is to explain to students why Wikipedia is an unreliable source. It lacks appropriate documentation of sources, and is written by individuals with uncertain research skills who base entries largely on sometimes-dubious secondary material. And then we threaten them with Fs and rewrites. But is there a third solution? We know our students use Wikipedia. Can we use this to our advantage? Can we teach them about online sources and how to determine the credibility of what they read and discover?  Can we undermine their reliance on Wikipedia, while at the same time use it as a teaching tool?

All term I’ve told my students that Wikipedia is an inappropriate source for university work, and that recourse to it in their work is forbidden. This seemed to work, and their term paper proposals and other writings have so far remained fairly clean. Then I read the midterms. All material necessary for complete answers to all midterm questions was available in lectures, documents, and text readings. But when I graded the midterms, I began to find unexpected references to statistics and details I was unfamiliar with appearing in more than one exam. I googled particular terms and discovered that even when provided with all materials necessary for a complete A-range response on the exam, my students still used Wikipedia as a study tool. And they clearly made notes that they then memorized, preferring the statistical “facts” to the focus on interpretation that I emphasized.

After frustration and disappointment passed, I thought about what I could do. Forbidding Wikipedia is only a partial success, and impossible to enforce completely. Promising to deliver instant Fs on any work relying on it seems too draconian. Certainly there has to be something to learn here, something that we can apply to the classroom?

Over at the Cliotropic blog Shane Landrum has one idea. Noticing that Women’s History was significantly underdeveloped on facebook, Shane is exploring the idea of assigning Wikipedia building and cleanup assignments:

If you teach history courses on women, gender, or sexuality, or on the history of any racial or ethnic minority in the United States, it’s worth considering adding a Wikipedia assignment to your syllabus. … Students could learn a lot about what we know and how we know it from editing the articles, and I think it also would teach them to be more skeptical the next time they try to use Wikipedia as a reference.

As Shane points out, others are already building similar assignments in exciting ways. A historian of ancient Rome has worked out many of the logistics:

I’ve used the “stubs” feature of Wikipedia to generate a list of 120 topics relating to ancient Roman civilization that need full articles. Then I’m requiring the 120 students in my upcoming Roman Civilization class to each write one article. This will hopefully teach them how to do original research in the library on obscure, narrowly focused topics and then create something of lasting value to others. The students will also be required to each review three of their fellow students’ articles in order to learn about the collaborative editing process. I’m a little nervous about its success, but I’m hoping to be part of the solution to the issues raised by Wikipedia, rather than contributing to the problems.

I’m convinced that there’s something to this. I’m wary of validating Wikipedia as a legitimate source through assignments like this, but I can see the immediate value offered by giving students the opportunity to do original research for publication in a venue they can already identify with. And maybe if they realize that the people writing entries are no more expert than themselves, they’ll have a greater awareness of the risks of using Wikipedia as a source.

This blog was originally published at History Compass Exchanges on
3 March 2011.