Moving into histories of media and strategy for building audiences and circulation, my article on the Daily Mirror Group explored how senior executives used sexuality, scandal and sensationalism to build market share.

From the Sunday Pictorial’s 1952 ‘Evil Men’ series, the first post-war exposé on homosexuality to appear in the British popular press, to the 1964 achievement by its stable mate the Daily Mirror of record circulation figures, both papers commodified and sensationalized homosexuality for consumption by mass newspaper audiences. Sensationalism was combined with homosexuality as a deliberate strategy to succeed in Britain’s highly competitive postwar circulation wars and also to promote particular personal and political agendas of key directors. But historians have tended to focus on the vitriol of sensationalism, emphasizing its homophobic content, without fully interrogating the tactic itself. This paper looks to the origins of sensationalism as a strategy at Mirror Group newspapers, asserting that sensational treatments of homosexuality concretely illuminate the multiple interactions between subjective beliefs and the seemingly objective profit motive. At the Daily Mirror and Sunday Pictorial, homosexuals held a negative moral, political and social value, but critically, they also held a high commercial value. 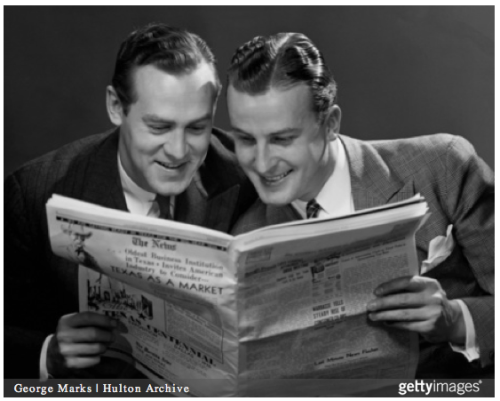