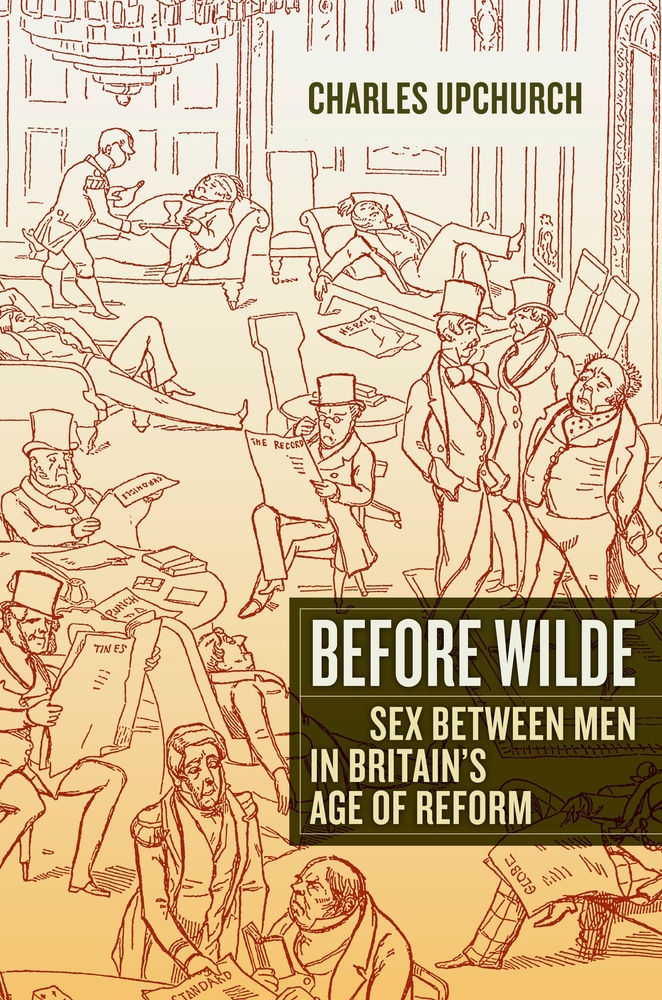 History Matters: Gay History, Queer Theory, and What to do with the “Hard Stuff”?

I recently reviewed Charles Upchurch’s Before Wilde: Sex Between Men in Britain’s Age of Reform. In the period roughly spanning the first three quarters of the nineteenth century Upchurch has uncovered a range of voices discussing male same-sex sexuality. In the press, courts, letters, and other documents he finds an active discourse in this period largely overlooked by historians who have favoured  the earlier subculture of the “mollies,” or the later period of sexological discourse and scandalous trials like those of Oscar Wilde. Family relations, economic considerations, class and status, among others, Upchurch argues, inflect this discourse.

I enjoyed the book. I learned a lot. It certainly didn’t radically reposition the historiography, but it responded to gaps in the literature with solid evidence and exhaustive archival research. By all measures of historical scholarship, I believe, it is a good, solid book, one which Upchurch can be deservedly proud.

Then I read other reviews online.

I found others who hail it as a masterpiece of profound merit that illuminates the truth of history that has been occluded by dangerous queer theorists like Michel Foucault and Judith Butler. Larry Kramer, celebrated playwright and gay-rights activist, offered effusive praise of the book in his Huffington Post review that sums up this distinction:

This is a very important book. It may even be a historic book, one with which gay history can arm itself with more sufficient factual veracity as to start vanquishing at last the devil known as queer studies. Queer studies is that stuff that is taught in place of gay history and which elevates theory over facts because its practitioners, having been unsuccessful in uncovering enough of the hard stuff, are haughtily trying to make do.

He goes on to malign,

…Foucaultian and Butlerian (to name but two) nightmares with the obtuse vocabularies they invented and demanded be utilized to pierce their dark inchoate spectacles of a world of their own imaginings.

Kramer, and others, who demand the “hard stuff” of history—just the facts ma’am—are drawn to Upchurch’s solid base of social history. His work gives voice to the excluded, reclaims untold stories, highlights the role of minority subjects in greater narratives of politics and the state. For many outside the academy, this is what should be the stuff of history.

But if Kramer is anything to go by, then, even educated, informed, and engaged individuals aren’t actually getting the distinction between history and other related fields upon which we may build our work. Kramer wants history, and maligns Philosophy, English, Sociology, and Interdisciplinary Studies for not being History. But the history he wants is social history, and a relatively narrow version of social history at that. To be fair, Upchurch does offer a more complex and sophisticated discussion that goes beyond mere politics of visibility.

These issues bring up hard questions for us as practitioners of history. I struggle with my love of history and my dedication to this craft. I want to write sophisticated, rigorous, intellectually powerful works of scholarship. But I also want them to be read and valued by more than a handful of like-minded colleagues. I value social history’s relevance and appeal to wider audiences, but I also feel that so many of us have gone further than what social history alone offers.

How do we respond to well-intentioned, but potentially disruptive, individuals like Kramer, who love history, but fear the history they don’t understand? Who want history, but don’t quite know what it is anymore? How do we tell our advocates that we’ve changed, that we are everything they value, but more?

This post was originally published at History Compass exchanges on
17 June 2010.