Pride of Place is a collaborative initiative between Leeds Beckett University and Historic England (formerly English Heritage) to uncover and celebrate England’s lesbian, gay, bisexual, transgender and queer (LGBTQ) history through its buildings and spaces.

Lesbian, gay, bisexual, transgender and queer (LGBTQ) histories and heritage are everywhere. Pride of Place identifies the locations and landscapes associated with England’s LGBTQ heritage through innovative crowd sourcing and mapping techniques. Pride of Place aims to uncover new locations associated with England’s LGBTQ past, and to revisit existing heritage sites to consider their LGBTQ significance. These include, most obviously, places of LGBTQ social interaction, political action and community organisation, but sites of LGBTQ heritage are not limited to these. They may also include homes and domestic spaces once lived in by ‘queer’ people as well as buildings and interiors created by LGBTQ designers and architects, locations which may themselves hold ‘queer’ resonances. Pride of Place recognises that our LGBTQ heritage needs to be identified, recorded, understood, cared-for, and celebrated, as part of our national identity. 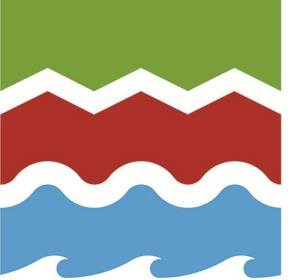 As Project Researcher on this major digital and public history project, I was responsible for historical research, writing and advising on policy, developing crowd sourcing techniques, mapping historical data and building partnerships with LGBTQ heritage and community groups. I designed innovative crowd-sourcing techniques to engage the public in identifying significant sites of LGBTQ heritage on the project’s interactive map. As the first initiative by Historic England to uncover and celebrate LGBTQ histories, this project brought unprecedented awareness of LGBTQ heritage to the widest public by embedding it in the shared story of England’s built environment.

Pride of Place was launched on September 23, 2016, at which time it was reported in all major UK newspapers, the international media, the LGBTQ press, radio, television and many local media outlets. Major coverage included The Guardian, The Times, The Telegraph, New York Times and BBC News.