Buy Phentermine With Paypal is an AHRC-funded collaboration between Birkbeck College, University of London and Leeds Beckett University to research histories of sexual identities and communities in Leeds, Plymouth, Brighton and Manchester since c.1965.

Purchase Phentermine HydrochlorideQueer Beyond London is the first sustained, contextualised and comparative historical investigation of the local impact of changing cultural attitudes and official policies concerning sexuality, and the first to look at the particularities of lesbian, gay or other queer lives in cities with different subcultural associations and reputations. The project reveals the factors which have modulated queer lives and cultures of rejection, toleration or acceptance in these places and elsewhere. It will contribute to debates about the intersection of sexual and other categories of identity and identification, and about conceptions of community, belonging and cultural change. Crucially it will also feed a broader appetite for accounts of the lesbian, gay and queer past and interrogate the individual, community and political implications of that appetite. The project will bridge a gap between ‘popular’ and ‘academic’ LGBT or queer histories, and draw attention to local and national resources, archives, community projects and on-line resources – including at least six HLF-funded LGBT community history projects. It will also garner new testimonies relating in particular to the local impact of those projects on ideas of identity and community.

On August 12, 2015 I was invited to the Buy Phentermine Hcl Uk to discuss the vanishing queer spaces of London. The event sold out on the first day that tickets were available.

Where Can I Buy Phentermine 37.5 Mg In Uk

Queer lives have always been less visible for historians, but valuable filmic fragments documenting London’s LGBT communities do survive, as we’ll see in this special event. BFI National Archive curator Simon McCallum will present fabulous rarely-seen footage, including a recently rediscovered record of 60s drag at the Royal Vauxhall Tavern and Derek Jarman’s videotape tour of long-gone club Benjy’s. He will be joined onstage by a panel to reflect on the footage, and share concerns for the future. The panel will include Justin Bengry (writer and historian, Project Researcher on Pride of Place: England’s LGBTQ Heritage), Tamsin Bookey (archivist, DJ and co-founder of Unskinny Bop), Simon McCallum (BFI National Archive), and Ben Walters (critic and member of RVT Future campaign).

Phentermine Where To Buy

Lesbian, gay, bisexual, transgender and queer (LGBTQ) histories and heritage are everywhere. Pride of Place identifies the locations and landscapes associated with England’s LGBTQ heritage through innovative crowd sourcing and mapping techniques. Pride of Place aims to uncover new locations associated with England’s LGBTQ past, and to revisit existing heritage sites to consider their LGBTQ significance. These include, most obviously, places of LGBTQ social interaction, political action and community organisation, but sites of LGBTQ heritage are not limited to these. They may also include homes and domestic spaces once lived in by ‘queer’ people as well as buildings and interiors created by LGBTQ designers and architects, locations which may themselves hold ‘queer’ resonances. Pride of Place recognises that our LGBTQ heritage needs to be identified, recorded, understood, cared-for, and celebrated, as part of our national identity.

Phentermine Paypal BuyAs Project Researcher on this major digital and public history project, I was responsible for historical research, writing and advising on policy, developing crowd sourcing techniques, mapping historical data and building partnerships with LGBTQ heritage and community groups. I designed innovative crowd-sourcing techniques to engage the public in identifying significant sites of LGBTQ heritage on the project’s Where To Buy Phentermine 375. As the first initiative by Historic England to uncover and celebrate LGBTQ histories, this project brought unprecedented awareness of LGBTQ heritage to the widest public by embedding it in the shared story of England’s built environment.

On 2 June 2015, I was an invited panellist talking about crowd sourcing and participatory mapping at ‘Mapping for Justice: Engaging Our Geographical Imaginations and Using the Power of Maps in Struggles for Social Change’

Where Can I Buy Phentermine 37.5 Mg TabletFrom drone strikes to racist attacks, from precarious labour to gentrification, how do maps help us understand injustice and illuminate struggle?

In this public showcase and discussion we explore how mapmakers engage our geographical imaginations and use the power of maps for social change. From oral history to twitter data-mining, our featured mapmakers use a variety of techniques to make injustice visible. Whether made with paper and pen or on open source platforms, maps can give way to new tactics and strategies for intervention.

This event was organised by Bournemouth University’s Civic Media Hub and The Tear Gas Research Connection, with Sue Pell & Paul Rekret at Richmond, The American International University in London

With Amy Tooth Murphy, I co-curated the morning sessions of The 12th LGBTQ History & Archives Conference 2014 at the London Metropolitan Archives.

We took as our theme ‘Queer Inheritances’ and the range of sources that might help to better understand queer lives. The conference was attended by 150-200 people and the workshops were a notable success drawing up to 25 people each to 3 workshops running twice across the morning.

“Discovering a box of mementoes, photos and other items that document a queer life can offer as many questions as answers about a friend, loved one, or even a stranger. What did they value? Who did they love? Who loved them? Why were some objects worth preserving and what can they tell us? Uncovering these ‘queer inheritances’, however, might only partially illuminate a past life and, in fact, might also help us to reflect on our own present.We bring to bear our own preconceptions, expectations and desires when reading past queer lives. In this workshop participants will examine queer inheritances to piece together the contours of lives based on a wide range of personal objects gathered together and preserved but also reflect on what we bring to understanding the queer past.” 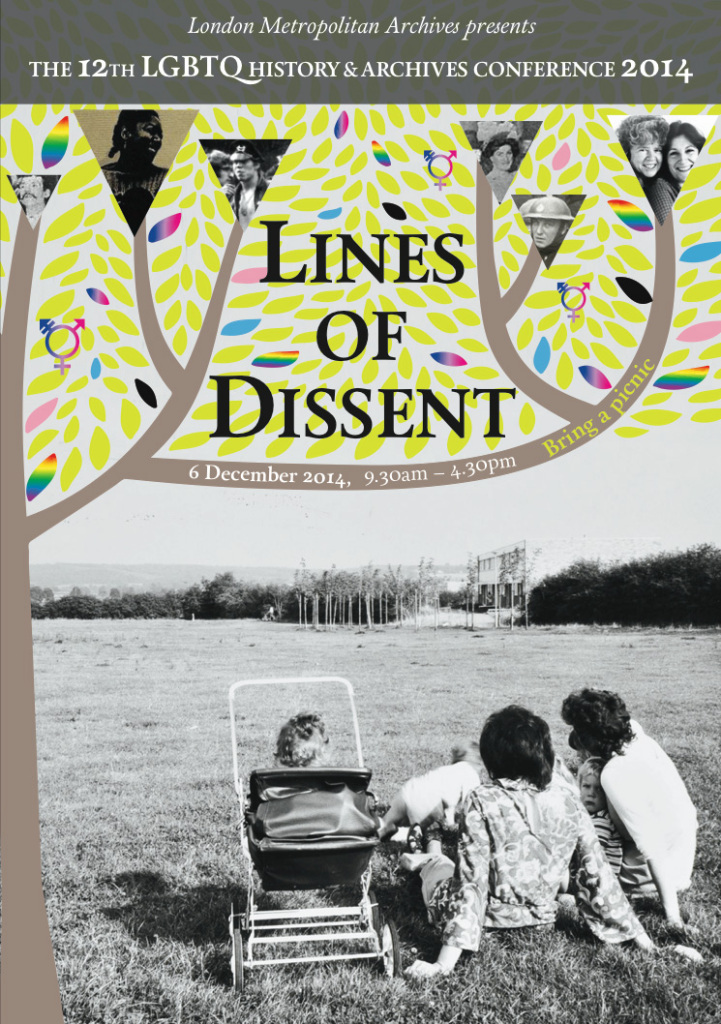 The twelfth annual Lesbian, Gay, Bisexual, Trans and Queer History and Archives conference embraces the fascinating and complex world of LGBTQ family history and genealogy. A mix of talks, workshops and creative activities will help us to explore, reconstruct and reimagine the ways in which ideas of LGBTQ family are defined and understood.

After a keynote address by Daniel Monk (Birkbeck) on the perils and pleasures of queer wills, morning workshops included hands-on encounters with historical sources, which participants used to piece together a past life and were facilitated by Heike Bauer (Birkbeck), Julia Laite (Birkbeck) and Brent Pilkey (UCL). Cheap Phentermine 37.5 describing the conference appeared at Notches history of sexuality blog.

Cheap Phentermine(LMA) is the largest local authority record office in the UK, covering the City and Greater London, LMA hold books, documents, photographs, maps and drawings dating from 1067 to the present day.

In 2014 I was invited to be a member of the committee organising the Phentermine Online Us to accompany the First National Festival of LGBT History in Manchester in February 2015.

The 2nd What is and how to do LGBT History Conference 2015
Methods, Subjects & Approaches

Phentermine Prescriptions“The 2nd What is & How to DO LGBT History?” conference seeks to place attitudes, experiences and identities in their historical context. Despite the increasing popular demand for “LGBT History” in Britain, the history of attitudes towards sex and gender diversity in the UK remains an underdeveloped field, especially in comparison with the advances that have been made in the United States. An important part of the 10th anniversary celebrations of LGBT History month is to lead and develop the growing discourse into past attitudes towards sex and gender diversity within the academy and among the general public.

In 2014 I was asked by the Buy Phentermine Slimming Pills to teach a source-based course for the wider public on the history of the ‘pink pound’.

Buy Phentermine 30Mg Capsules Queer men in particular, but also women, have been targeted as a valuable market segment ever since. They are assumed to have higher incomes and lower financial responsibilities than other consumers, greater interest in leisure services and related goods, and also to be eager and early adopters of new products. Already in 2006, according to an Ingenious Group marketing conference, gay men and lesbians were worth some £70 billion to British businesses, and their value as consumers has only grown since then. How long have businesses sought to attract this lucrative market? And what is the historical relationship between capitalism and homosexuality?

A Buy Phentermine Usa at the Bishopsgate Institute’s site describing the course.

Founded in 2014, and sponsored by theBuy Phentermine Hcl, the History of Sexuality Seminar at the Institute of Historical Research is the first provision of its kind in the UK that supports discussions of histories of sexuality across theme, period and region.

I am a founding co-convenor of the successful Duromine Phentermine Buy Online, which meets regularly at the Order Phentermine 37.5 Mg at Senate House, London. The seminar explores historical perspectives on themes as varied as sexual reform and identity-based movements, sexuality and urban space, medical and criminological discourses on sexuality and representations of sexuality. It also explores the historiography of the field, along with those varied methodological and theoretical approaches to the study of the sexual past that have shaped the history of sexuality as a sub-discipline. Finally, the seminar provides a forum for an exploration of the intersections between the history of sexuality and other related academic practices – including those of gender, feminism, psychoanalysis, and the study of the emotions.

More information and updates on future papers to be given at the seminar is available on our Phentermine 60 Mg page and twitter Buy Phentermine Mexico.

Buy Phentermine With No Prescription

Looking at homosocial spaces historically, we see that sexuality (or at least sexual desire) could not always be identified, and in some cases was actively overlooked where it was economically advantageous.

As part of the 2013 ‘Phentermine Buy Online Forum‘ season of public talks at London’s Bishopsgate Institute — a valuable London institution dedicated to community education — I was invited to give a talk on homosociality to a mixed audience that filled the venue’s library. I used the opportunity to look at how homosociality was experienced (or imagined) historically in sports, the military, media and other all-male preserves. The talk also opened up conversation about how homosociality was still used in advertising to sell particular kinds of products, and who was (and was not) included in this kind of advertising and imagery.

The talk was based on the holdings ofBuy Phentermine Website (LAGNA), held in the Bishopsgate collections. LAGNA also wrote a up a fun Ordering Phentermine Online Safe about the talk.

“All boys together? Nudge nudge. The belief that all male institutions are breeding grounds for homosexuality, has been a constant one. But what does go on behind the doors of the executive boardroom or the communal changing room? Is homosexuality the elephant in the room? The serpent in the grass? Or is it all just homosexual wish fulfilment fantasy?” 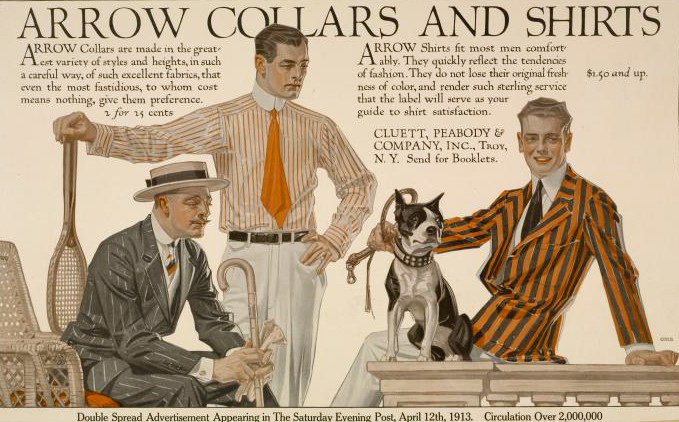