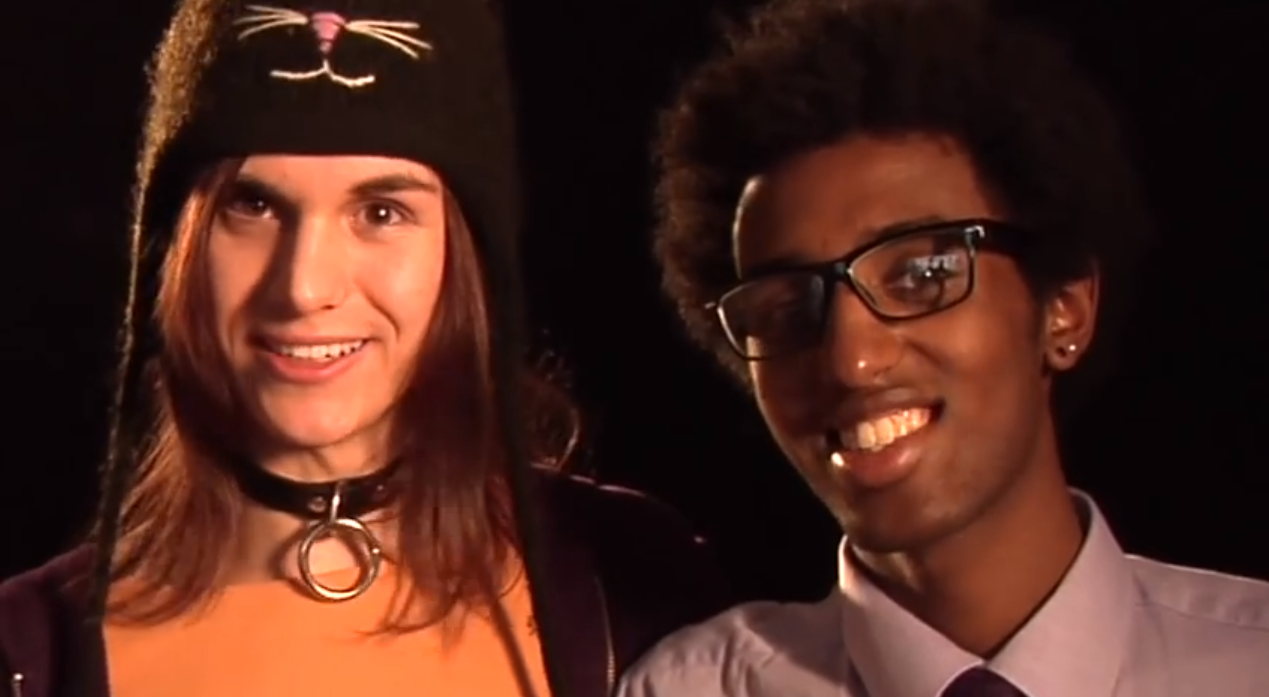 Issues related to homosexuality are currently at the forefront of public discourse. Globally, but particularly in the United States, marriage equity, military service, queer youth and bullying are not just matters of policy debate, but have engaged popular concern and action as well. Seattle columnist Dan Savage’s recent ‘It Gets Better Project’, for instance, has captured an extraordinary degree of public interest, using short video clips of ordinary people, celebrities and global figures to help draw attention to bullying and suicides among queer youth.

But it is another short online video, titled ‘{THIS} is Reteaching Gender and Sexuality’, which is in part a criticism of the ‘It Gets Better Project’, that challenges us to reconsider our understandings of sexuality while drawing attention to the plight of queer youth. In the ‘Reteaching’ video, queer youth appear in their own right, speaking for themselves, demanding immediate social and cultural change, not just the promise of something better somewhere down the road. But far more than draw attention to bullying and structures of oppression, they want us instead to recalibrate how we define sexuality and sexual identities. As two speakers put it, ‘I can like boys and girls. … I can be none of the above’.

So how does this relate to history? Well, we can be part of the re-teaching project, in fact, we already are.  In our case, it’s not re-teaching, it’s simply telling the histories of our subjects in the context of their own worlds, rather than through the limitations or needs of our own.

I recently reviewed Barry Reay’s New York Hustlers: Masculinity and Sex in Modern America. Reay’s main argument is that the world of hustlers (male prostitutes) and trade (men who had sex with other men without identifying as gay) illuminates how  sexual practices and identities   throughout much of  the twentieth century challenge rigid heterosexual-homosexual binarisms. Reay positions himself against scholars who overlook this rich sexual fluidity and flexibility of the mid twentieth century in favour of narratives that lead only to the creation of a recognizably modern gay identity.

Other scholars have identified sexual flexibility among working-class men and military men across the twentieth century in Britain and America. But such studies still tend to be couched in terms of understanding how we got to modern understandings of gay identity, an identity defined as wholly different and separate from heterosexuality. Reay instead follows the lives of men who fail to neatly fit these categories. Nor do they conveniently remain consistent in their sexual practices over a lifetime. The fluidity of their sexual object choices, in fact, sound remarkably similar to the queer youth described above.

Reviewing this book made me think about how we can teach (or re-teach) gender and sexuality. Reay’s study need not be confined to gender, sexuality or queer history courses. His work offers insights into urban history, twentieth-century America, histories of crime, migration and ethnicity.

Gender and sexuality should, and must, appear in courses other than those devoted wholly to gender and sexuality. But so too should religion and faith, military and war, economics and commerce, ethnic and minority groups, and the list goes on. Of course we can’t do the fullest justice to each of these in every course, but we can create a culture of inclusivity in the classroom. And inclusivity applies to students as well as historical actors. Ultimately, including one can create a place for the other.

This post was originally published at History Compass Exchanges on
17 December 2010.