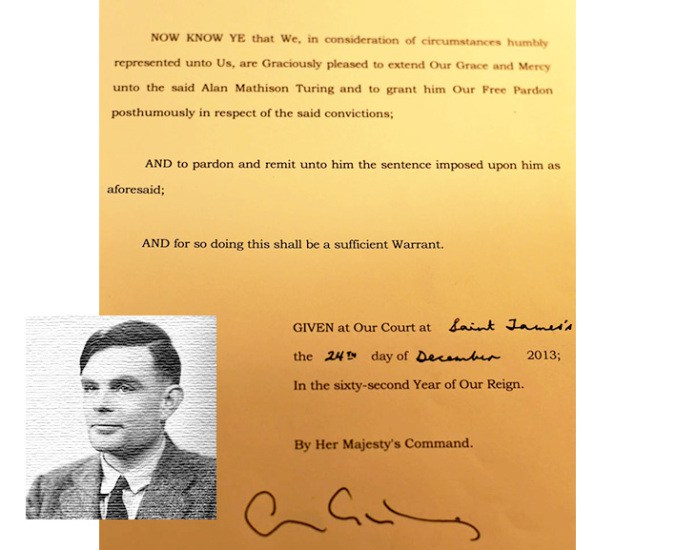 UK Labour Party leadership contender Andy Burnham recently proposed automatic pardons for all men convicted of historical homosexual offences that are no longer crimes. This has been an ongoing conversation in the UK, which in 2013 granted WWII Enigma codebreaker Alan Turing a posthumous royal pardon. The issue reappeared in the lead up to this year’s May 7 general election, when Labour’s then-leader Ed Miliband came out in favour of case-by-case pardons for living individuals and also posthumous cases. David Cameron and the Conservatives soon followed suit, likewise promising that if were they to form the next government, men convicted of historical offences would be pardoned. Burnham’s announcement has reinvigorated this question of whether all men should have similar convictions deemed spent, pardoned or erased.

A well-publicised petition supported by Turing’s family, activists like Peter Tatchell, and celebrities like Benedict Cumberbatch and Stephen Fry demands that a royal pardon be extended to all men convicted under ‘anti-gay’ laws. More than 600,000 people have signed the petition demanding the state ‘Pardon all of the estimated 49,000 men who, like Alan Turing, were convicted of consenting same-sex relations under the British “gross indecency” law (only repealed in 2003), and also all the other men convicted under other UK anti-gay laws’. As a historian of Britain’s LGBTQ past I cannot sign this petition nor support anything more than pardons for living individuals.

This post was originally published at “NOTCHES: (re)marks on the history of sexuality” on 4 August 2015 and subsequently republished at The Huffington Post and Pink News.